PADI IDC for June 2011 on Gili Air in Indonesia with Oceans 5 is in the bag!

PADI IDC for June 2011 on Gili Air in Indonesia with Oceans 5 is in the bag!
Joeri, Fanny and Jmal all finished their current IDC at Oceans 5 on Gili Air.
All went well and we sure had some fun! The PADI IE will start 28th June on Gili Trawangan, especially for Jmal who's still battling it out with the written exams, so all the best of success to him! 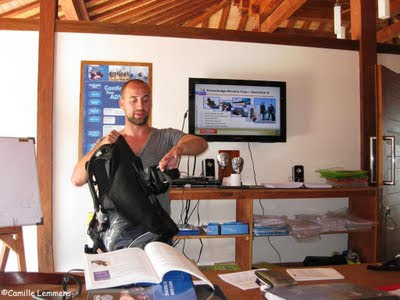 Joeri during a Knowledge Development presentation 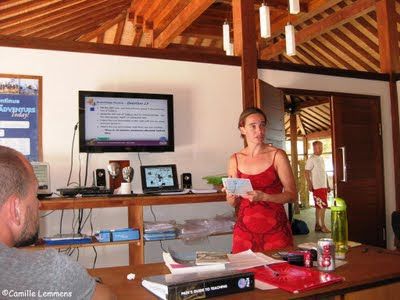 Fanny during one of her Knowledge Development presentations 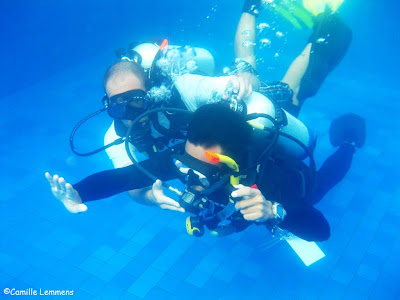 Joeri controlling Jmal during a CESA skill in confined water 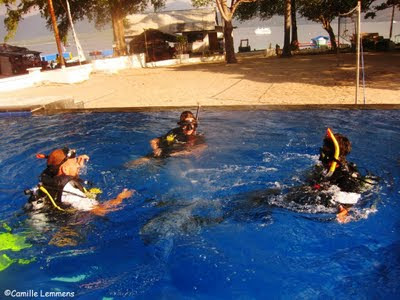 The quick reverse, self rescue skill from the Rescue diver course in Confined water 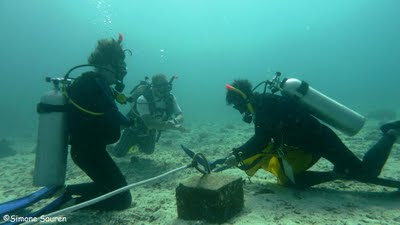 Jmal working with the lift bag in Open Water
If you're interested in participating in one of my PADI IDC's, the next one is scheduled to start 1st July on Koh Samui which in turn is followed by an IDC in Osan, South Korea, starting 20th July, just to be followed once more by another IDC on Koh Samui, starting 7th August. A busy schedule ahead so don't miss out! All of these IDC's have confirmed candidates, so hope to see you there!
Camille