Today, 19th September 2009 was announced as Project Aware's International Clean Up Day and just like last year, we went with staff and interns to Chaweng Beach to pick up a few kilo's of rubbish and garbage. Unfortunately we were successful! 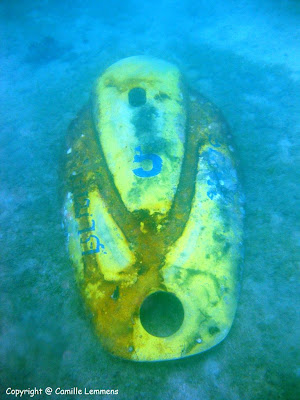 My estimation is that with the 10 bags of garbage that we collected we picked up around 35 to 40 kilo's of garbage. One of the stranger things we picked up was this hood of a jet ski. 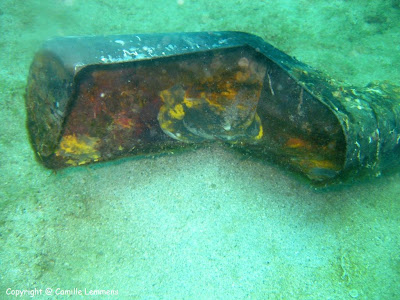 Commonly found garbage included lots of empty glass and plastic bottles and various kind of clothes, varying from hats, to sunglasses and even shoes. Above is a plastic canister pictured that we found. 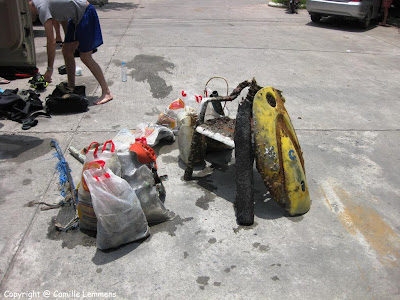 A few of the bags and other times that we found today, including a plastic beach chair and various pvc pipes. 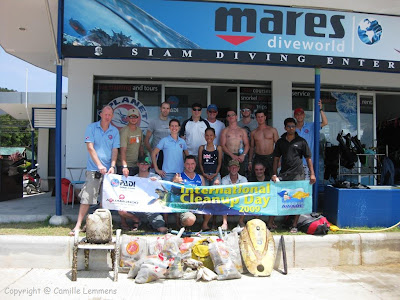 The group picture, taken back at headquarters, where later today we will have a nice BBQ or barbie as the Aussies say. Thanks for the big turnout guys! It was a pleasure, with thanks to Becci, Bruno, Gregory, Olivier, Craig, Gav, Steve W, Uncle Steve, David F, Eric, Kwan, Jonesi, Xavier, Rob, Massi and myself!
See you next year!
Camille