Eric, who just completed the July IDC and PADI IE has now also completed his Instructor level Specialty training. We went to a variety of dive sites and had some good dives, we dived at Chaweng Beach, Sail Rock and Japanese Garden at Koh Tao. 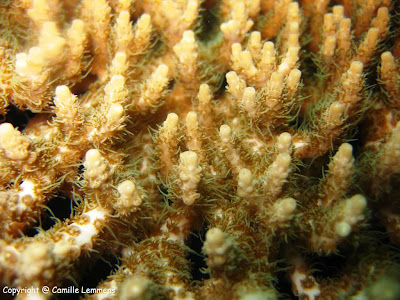 During the dives we took some nice pix each and here's a few that I shot. This one above is a macro shot of some coral which turned out rather nice with a few details of macro life on a coral. 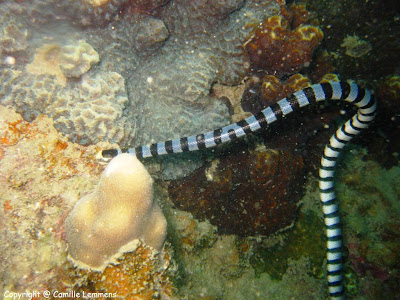 During the Multilevel dive around Japanese Garden we had a fairly rare encounter with a (rather small) banded sea krait, one of the most poisonous sea snakes around. It was hunting and upon retreating it's head out of a small hole, it banged it's head to the side just as a dog can do when he can't rip the food in pieces fast enough. An interesting sight! 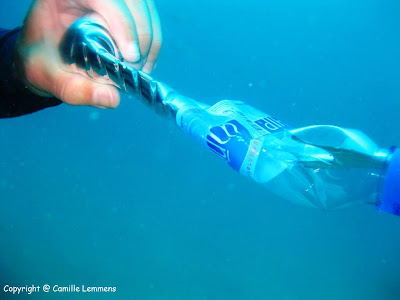 During the Deep dive at Sail Rock we had to check the effects of pressure at depth and this is what a normal, empty (!) small water bottle looks like at 27 meters. The bottle gets completely compressed (providing you leave the bottle closed and the bottle is empty or near empty) by the surrounding water pressure. A good thing that we humans merely consist of water or other bodily fluids! 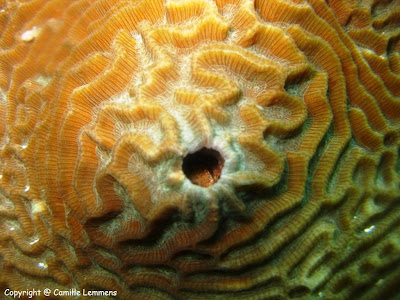 At Sail Rock I also found this coral, which makes for an intricate pattern. 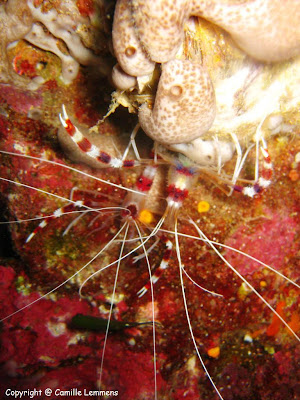 Sail Rock was also host to these two cleaner shrimps, hanging under a rock, upside down. Always nice to spot and see them. 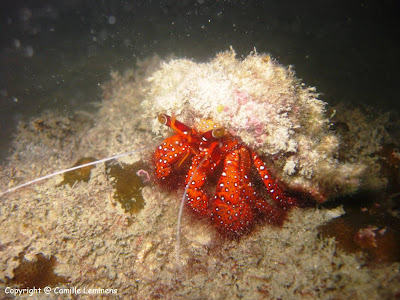 During the night dive at Chaweng's Reef, we spotted this hermit crab.
A good and enjoyable time was had by both of us.
Camille