It took me a while to report about this IDC but over the last 3 days I'm having problems accessing my blogger sites and we're on day 4 of this current April 2009 IDC, including two Prep days.

Folks, if you are reading this blog, it's time to sign up for my IDC's! Don't hesitate! 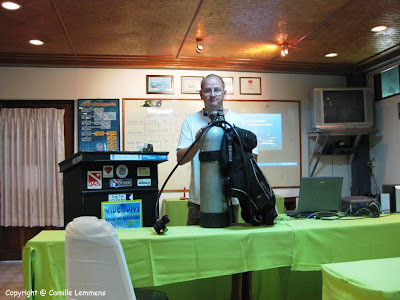 Rob is participating in this IDC however and Rob has been on Samui for quite a while now, he joined us in September 2007 for the Rescue diver course and he took it very slowly to complete his PADI Divemaster course. 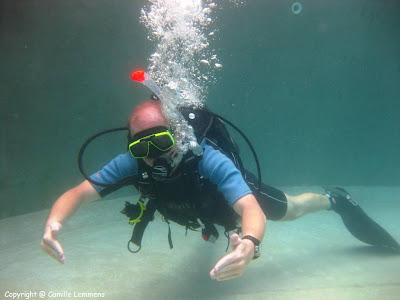 The IDC is following it's usual outline, Rob has completed his Prep exams, we've done the first Knowledge Development presentations and lots of Confined Water work. The picture above shows Rob whilst he demonstrates a Fin Pivot, a buoyancy skill from the Open Water diver course during his skill circuit. 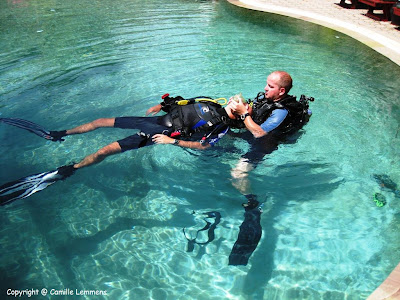 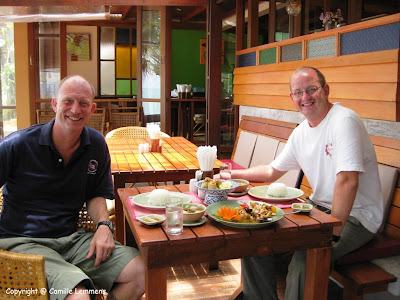 As usual, we are enjoying our lunches at World Resort.
Keep your eyes focused here to this blog to get more updates about the progress of this IDC.
Camille