Oil spill effects on coral in the Gulf of Thailand

During the recent oil spill in the Gulf of Thailand over the weekend, according official sources, some 50,000 liters of crude oil ended up in the ocean. Part of that oil spill reached the North Western beach of Ao Phrao on Koh Samed. 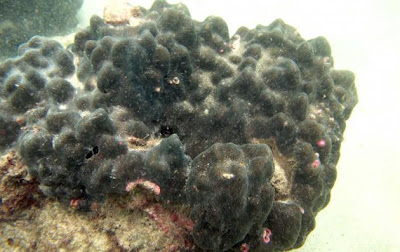 
Besides the apparent cover ups by the government or the amount of miss informion and the fact the spill is probably bigger than it looks, there's also the obvious environmental concern and the potential damage done to the regional reefs and coral.

Here's sample of an official qoute; Some state officials and PTTGC executives earlier downplayed the effect of the spill. The company's chairman, Prasert Bunsamphan, reportedly said that 50,000 litres of spilled oil was equal to half the volume carried by an oil tanker truck, "which is not much". A PTTGC vice-president, Pornthep Butrsamphan, was quoted as saying he expected no effect on marine life because "oil is a natural substance that is degradable, although it will take some time".

In all of this, we should also not forget that there are oil platforms within 40 kilometers of Koh Samui! Something similar could happen to this island. 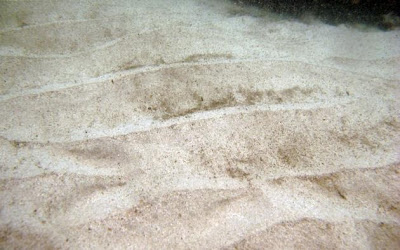 Sand that seems to have black parts near Koh Samed


English written newspaper The Nation now came with first reports and pictures of marine divers actually diving the affected area. The pictures can be seen in this post and don't look too promising! 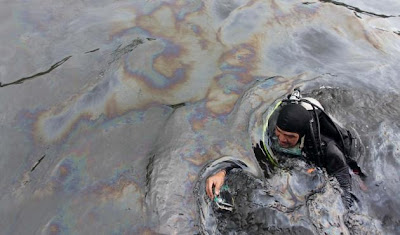 Divers near Koh Samed in the oily water

The spill is now drifting towards the mainland and may threaten a 100 rai area of stag horn and giant clam coral reefs surrounding Kudee island.

Environmental groups have concerns about the chemicals being used and the effect they may have have on the environment.

Let's cross our fingers and hope the impact on the marine life and underwater world won't be too devastating, but I have my doubts.