PADI May 2011 IDC on Koh Samui in full swing 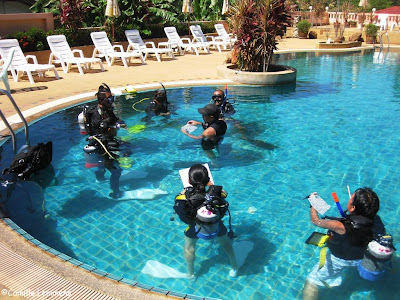 The Japanese candidates are everywhere now, in the water 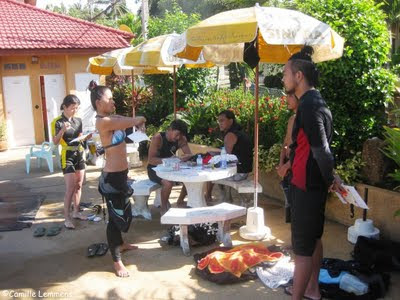 and on land and they're a good bunch and fun to be around with. 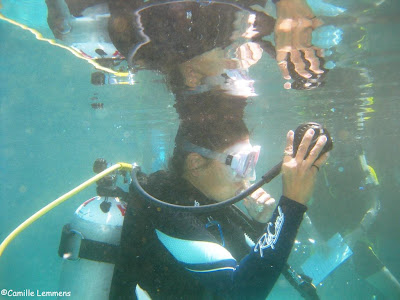 Kiko during an underwater presentation 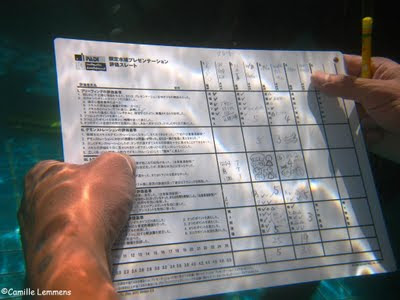 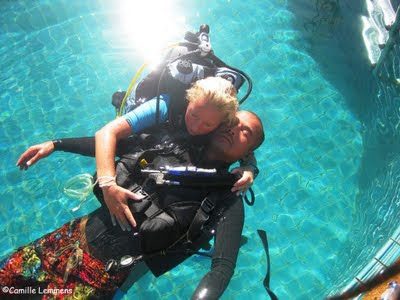 Claire rescuing Hatta during Rescue exercise # 7, unconscious diver at the surface
If you're interested in participating in one of my PADI IDC's, the next one is scheduled to start on Gili Air in Indonesia on 16th June followed by an additionally scheduled IDC scheduled on Koh Samui starting 1st July and followed by an IDC in Osan, South Korea, starting 20th July, just to be followed once more by another IDC on Koh Samui, starting 7th August. A busy schedule ahead so don't miss out! All of these IDC's have confirmed candidates, so hope to see you there!

My IDC schedule can be found here, the only thing you need to do is signing up!
Camille