Although it was rainy and wet on Koh Tao for Patrick's, Chris' and Brian's PADI IE, they tackled all their assignments successfully and are now past their PADI Divemaster status and entered into the PADI Instructor ranks!
Just for the record, Brian did his IDC with PADI Course Director Ernst van der Poll, who's based in Dubai, UAE and used to staff a few IDC's with me when he was still an IDCS Instructor and I looked after Brian during his IE. 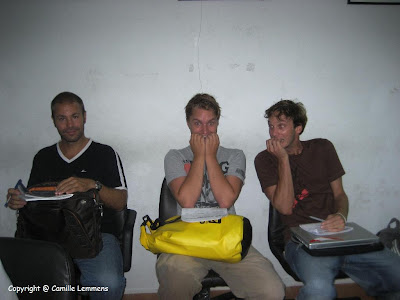 During the beginning of the IE, at least Patrick and Chris were not nervous at all which was a re-assuring feeling. Brian was still trying to figure out where and what he ended up in. 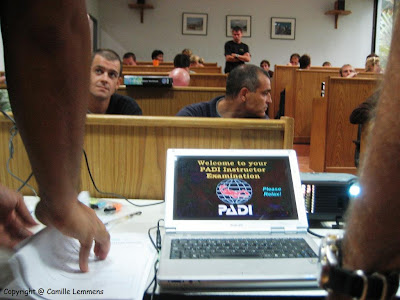 A whole auditorium full of 37 wannabe PADI Instructors during the IE orientation, led by PADI Examiners George Wegmann and Rob Scammell. A third examiner, Young Hee Haniss, missed the early ferry over to Koh Tao due to some misplaced luggage on her flight. She joined the IE later that day. 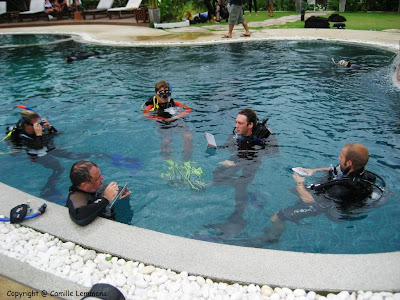 During their Confined Water presentation, Chris gives his briefing. Chris stated that his Open Water presentation ranked among his top 5 nervous hours of his live so far! He managed to pass however and all is good again in Chris land. 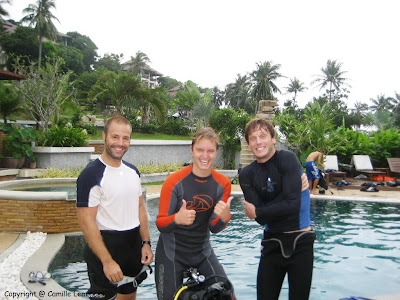 After Confined Water, the relief of having done it! Cold but happy, from left to right, Brian, Patrick and Chris. 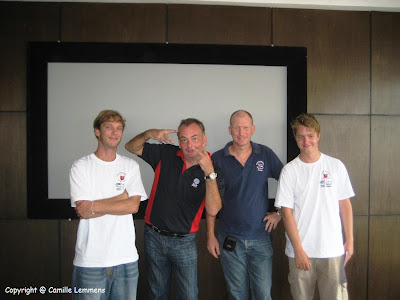 Here it is, the official IE picture, with Rob the Examiner going back to his hip hop roots. From left to right, Patrick, Rob (PADI Examiner), Camille and Patrick.
Well done guys, see you tonight at the party!
Camille