Today we completed day # 1 of two diving days with Massi and Volker so they can become Wreck- and Deep dive Specialty Instructors. 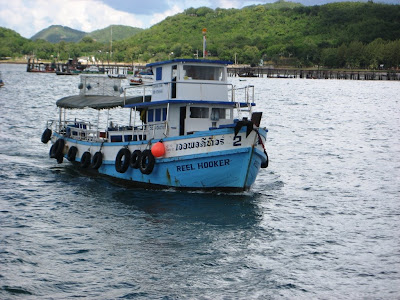 Just as in earlier this year in February we dived the Suthahip or better known locally as the Hardeep wreck and we went with the same company in Pattaya, SEAduction who still run their Reel Hooker boat! 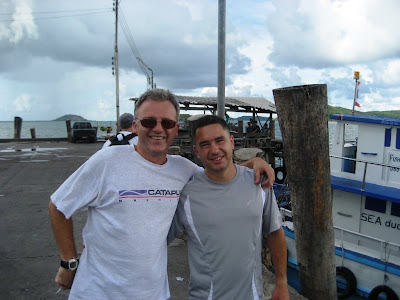 Volker and Massi at the pier near Sattahip, before we took off for our days diving.

We started out with a deep dive, which Massi had to pass on since he couldn't equalize. 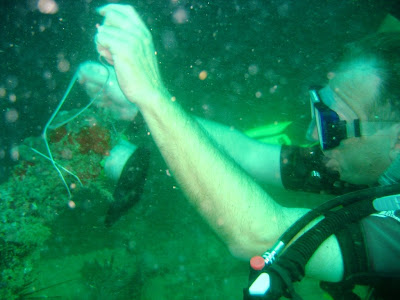 The second dive of the day was on the Hardeep and by the time we went down, there was a roaring current on top of the wreck. We had a drop off and drifted in to the buoy and the descent onto the wreck was something I never experienced before. The current was so hard that all three of us hung like flags on a flag pole in the wind, just that we hung on the descent line!

Usually the current stops, being blocked by the actual wreck at 16 meters depth, today it stopped at 19 meters. A very interesting experience. Another buddy team had to abort the descent!

The picture shows Volker whilst working with the reel and tying it off to the wreck, as practice for tomorrow's penetration dive. 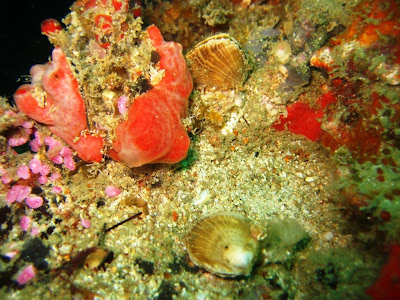 Underwater live on the Suthahip. Once we were on the wreck the current was gone and we had a nice dive on Nitrox. 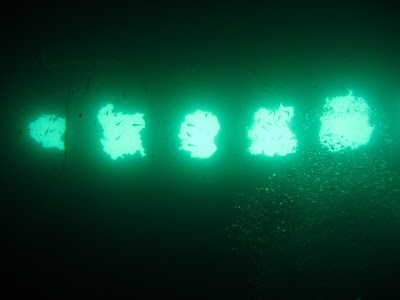 An impression from inside the cargo part of the Suthahip, looking upwards.