On our trip to Isaan, to meet a school friend of my wife, we had our first stop over in Prachuap Khirikhan.

After having checked in to a hotel, we decided for a small tour to see what was up here and we discovered ‘Ao Manao’ or Lemon Bay. Funnily enough, this bay is located smack in the middle of a Thai Air Force base, but it’s accessible for non Navy personal and has a lots of charms inside it’s premises. First of all a couple of beautiful bays but also a lot of green with some pleasant, unexpected attractions like in this case, some old and outdated planes which are on display throughout the whole base. 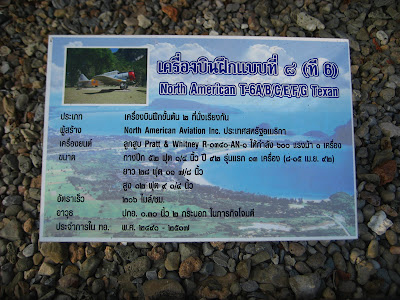 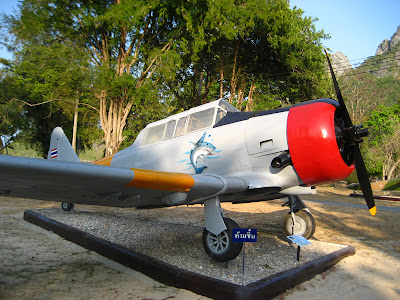 One of them is a ‘Texan’ like the one displayed on this picture. 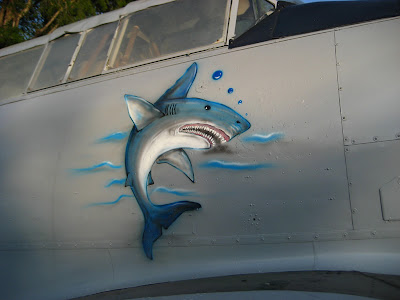 The reason I post this in here, is the shark that’s painted on the side of the plane. The Air Base is located directly next to the ocean and that’s probably why the plane has a shark painted on to it’s fuselage. It’s a pretty cool shark in my opinion and very well deserves a posting in here! 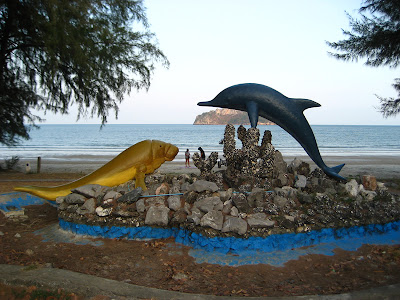 At another part of the base, directly on ‘Ao Manao’, there was also this statue of a Dugong and a Dolphin.

All in all a very nice and relaxed place, Prachuap Khirikhan and I can highly recommend stopping by if you happen to be in the hood.